The LUCERNE FESTIVAL ACADEMY: A Portrait 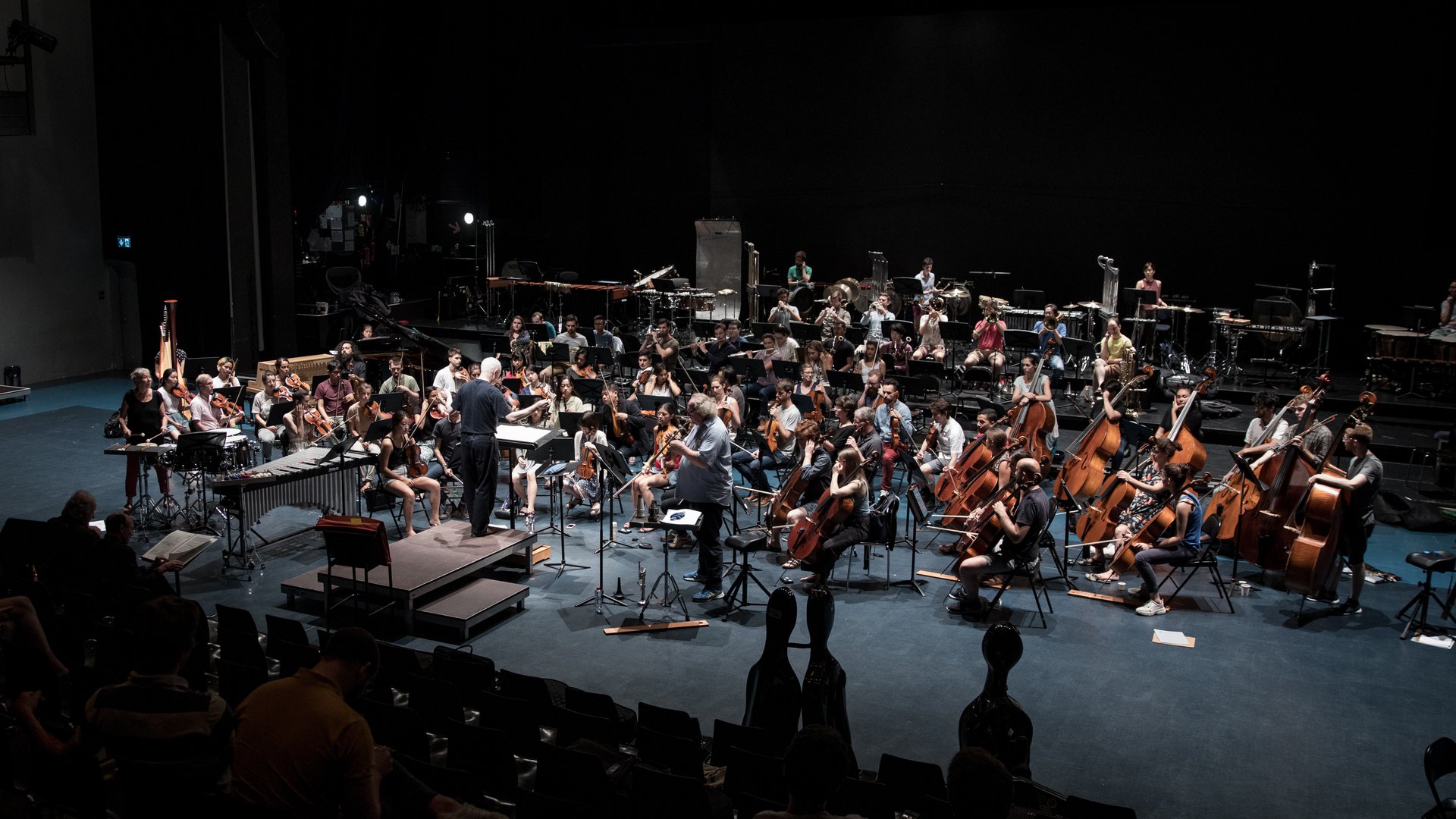 The Lucerne Festival Academy is a school for new music and a laboratory for the future. Every summer, some 100 talented young musicians from all over the world are given the opportunity to concentrate on a repertoire that is still too much overlooked in the classical music business: the music of the 20th and 21st centuries. Through daily rehearsals and workshops over a three-week period, they immerse themselves in key selected works of Modernism; work on and rehearse brand-new scores that are often written especially for the Academy; and experiment with innovative forms of performance. The Festival audience in turn benefits from unconventional programs that teem with discoveries and offer amazing listening experiences.

This unique campus for contemporary music was founded in 2003 by the French composer and conductor Pierre Boulez and the Festival’s Executive and Artistic Director Michael Haefliger. The German composer Wolfgang Rihm has served as the Academy’s Artistic Director since 2016. The faculty comprises leading performers of contemporary music. In addition, other renowned conductors, composers, and soloists are invited every summer, including such figures as Sir George Benjamin, Peter Eötvös, Isabelle Faust, Alan Gilbert, Heinz Holliger, Anne-Sophie Mutter, and Sir Simon Rattle. The works of the summer repertoire are then presented to the public in concerts by the Lucerne Festival Contemporary Orchestra (LFCO), in which all of the students join together, as well as in various ensemble programs.

It is not only instrumentalists who benefit from the Lucerne Festival Academy’s praxis-oriented training, but conductors and composers as well. In the Conducting Fellowship, young conductors observe and follow along during the Academy’s rehearsal work and also gain important experience in a master class. The Composer Seminar in turn gives young composers an opportunity both to discuss their works with Wolfgang Rihm and other composers and to test out these works with musicians from the ranks of the Lucerne Festival Academy. Finally, the Roche Young Commissions series gives young composers commissions to write new works.

We warmly thank all of our Lucerne Festival Academy partners and supporters.