On their second CD together, Riccardo Chailly and the LUCERNE FESTIVAL ORCHESTRA perform three of Richard Strauss’s best-known tone poems: over 85 minutes of pure orchestral magic! Right at the start of Thus Spake Zarathustra, Strauss depicts a radiant sunrise. Till Eulenspiegel is a dazzling homage to the legendary mischief-maker and rogue who upends the well-ordered world of Philistines. And Death and Transfiguration offers a portrait of a type of artist “who has striven for the highest ideals” and whose soul seeks glorious perfection beyond, “in everlasting space.” A breathtaking pleasure to listen to over and over,  recorded live at the 2017 Summer Festival! 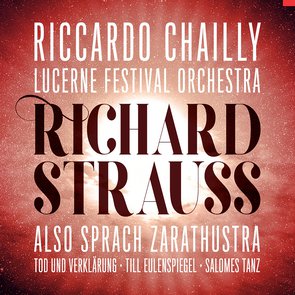