An outstanding violinist of the twentieth century, Wolfgang Schneiderhan was not only celebrated for his interpretations of the classical repertoire, but he also distinguished himself by his commitment to contemporary music. This is demonstrated in three previously unreleased live recordings from Lucerne including the world premiere of Frank Martin’s Magnificat, performed by its two dedicatees. 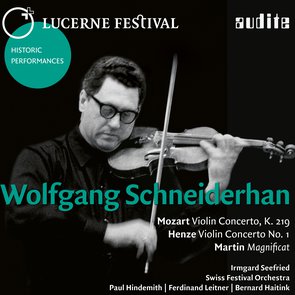