When Andris Nelsons returned to the LUCERNE FESTIVAL ORCHESTRA’s podium in the summer of 2015, he devoted himself to the music of Gustav Mahler – to a composer who has always been a central point of reference for this “ensemble de luxe.” Since 2003, together with Claudio Abbado, these musicians have been presenting standard-setting interpretations of his symphonies. If Abbado’s Mahler performances were fluid, transparent, and ethereal, Nelsons took a powerful, indeed fiery approach, unlocking the emotional extremes of the Fifth Symphony. The first half of the concert included songs from Des Knaben Wunderhorn. Featured as the soloist was the great lieder baritone Matthias Goerne, whose warm, dark timbre brought out the melancholy gloom of this music. 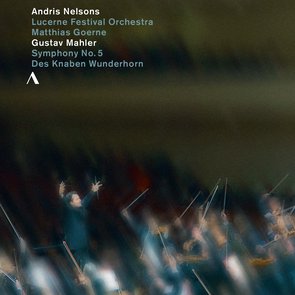