A rediscovery of a conductor who nowadays is considered an insider’s tip: having fled fas¬cism and Stalinism, Paul Kletzki arrived in Switzerland in 1939 and advanced to become one of the leading conductors after the Second World War. This Lucerne live recording shows Kletzki at the height of his art: exciting interpretations, characterised by expressiveness and a stupendous sense of musical architecture.

Supplemented with photos from the Festival’s archive – some of which had never before been published – the CD comes with a 32-page booklet in three languages that contains extensive information about Kletzki’s work in Lucerne and the context of this performance. 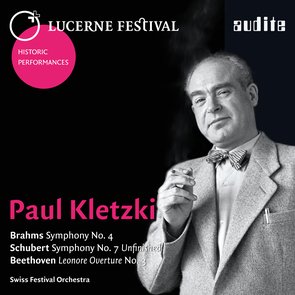