Rhythmic incisiveness, a guiding structural vision, razor-sharp ensemble discipline: George Szell ranks among the great “orchestral taskmasters” of the 20th century, a superior podium figure and uncompromising perfectionist. In 1962 and 1969 he came to Lucerne to conduct Brahms’s First and Dvorák’s Eighth Symphonies – both gems of his repertoire. These suspense-packed, rousing, vital interpretations show Szell at the height of his artistry. 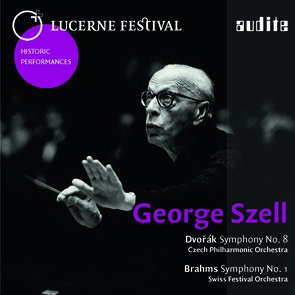