Live recordings by Isaac Stern are rarities. And so all the more valuable is this pair of performances from the summers of 1956 and 1958 at LUCERNE FESTIVAL. Stern plays violin concertos by Bartók and Tchaikovsky, proving himself a complete musician willing to take any risk. The result: performances of the utmost tension and expressive impact.

«Real performances that get to the heart of the matter» Gramophone 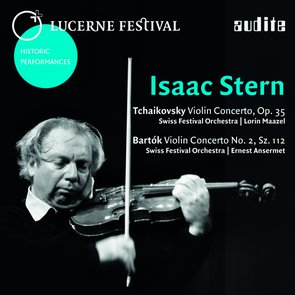